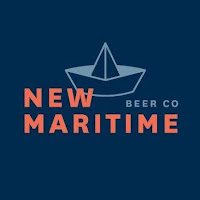 (Miramichi, NB) - New Maritime Beer Company will be opening in the former Speedy Glass location at 55 Newcastle Blvd in Miramichi this summer. They will be Miramichi’s first full scale craft brewery with an on-site taproom. The location will contain a 15 BBL brewhouse,  taproom and retail shop.
New Maritime Beer announced recently that their head brewer is David Draper who most recently was brewmaster at Falcon Brewing in Ontario and won a gold CBAB in 2018 for Salem Stout. They say "He brews a wide range of beers, and has a love of all things hops. With many years of experience in brewing, David is looking forward to continuing to design great beers, for a whole new audience."
New Maritime Beer have brewed and kegged their first large scale batch of beer at Four Rivers Brewing Co. and it will be available on select taps in Miramichi next weekend. The beer is Rising Tides Citra IPA and is described as bright and fresh like a coastal sunrise, Rising Tides Citra IPA is a single hop American-style IPA that uses only Citra Hops for a bold and smooth citrus flavour, bursting with bright and juicy tropical tones with a hint of bitterness at the finish. 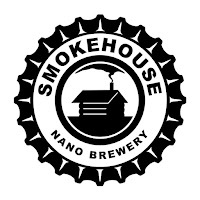 (Berwick, NS) - Husband and wife, Mike and Shelley Peters, have opened Smokehouse Nano Brewery (SNB) in the heart of the Annapolis Valley. Their official opening was in May with the first commercial tap in late June.

Mike is the brewer and has been an active all grain brewer since around 1992. He started out doing kit beers until one day they went to a private beer judging at Sea Level Brewing's owner Randy Lawrence’s place in Canning. Randy immediately had Mike hooked on all grain brewing. Around the same time he and his two brothers, Gerald and Tim, decided to register their first brew club. The Fellowship Against Repulsive Tasting Suds was registered with the American Homebrewers Association. Over the course of several years they had a dozen or so club members that would meet regularly to compare their latest brews. Several brews were sent off to various competitions with several awards being won among the 3 of the brothers. Unfortunately life became busy and the club activities diminished, but they all still continued to brew whenever they could. With the recent interest in Craft beer over the past five years and having more time Mike decided to get serious about it again.

The brewery is in Berwick on the property that Mike and Shelley have lived at for the past 23 years. Prior to them purchasing the property it was a long standing icon in the town as a meat shop and smokehouse. Attached to the main house is a large smokehouse that was built in 1958 to smoke all of the products being produced by the original owner Gordon Graham.

The current set up is a 1 BBL all electric system that uses the HERMS process to regulate the precise mashing temperatures. There are 3 1 BBL Fermenters that are glycol looped for accurate fermenting temperature control.
All of the control process equipment is custom made on site by either Mike or Gerald who has an extensive electrical background in process controls.

SNB is currently on tap at the Union Street Cafe in Berwick and are looking to add bars and restaurants in the area. They currently only offer 20 L kegs at this time but are working on being able to provide cans and refillable bottles in the near future.

In the near future they are hoping to offer both brewery tours and on site sales as they work out the details. All of our current beers are listed with descriptions on their Facebook page.
Posted by Maritime Beer Report at 3:54 PM