Bent Nail Brewery To Open This Year Near Ski Martock

The Hants Journal reports Bent Nail Brewery will be opening this year at 4499 Highway 14 (also known as Chester Road) in Windsor, Nova Scotia.
The Hants Journal says "Beer brewed at the Bent Nail Brewery will be made in a smaller, two-barrel system – something Steven (Dodge) calls a nano-brewery.
“We’ll probably have four or five varieties on tap, with some year-rounds,” Steven said. “Certainly an IPA, an English cream ale, we may go with a light Belgian beer. Then we’ll have some seasonal beers, probably a pumpkin ale at harvest time.”
Steven said he’s hoping to try new things and be a little creative with the seasonal and limited releases.
They’ll also have growlers and grunters for folks who want to take some of the brews home with them."
Read the full article here Bent Ridge Winery and Bent Nail Brewery hoping to achieve something new in Valley vine scene
Posted by Maritime Beer Report at 4:18 PM

The Gahan House Restaurant and Brewery Opens in Fredericton 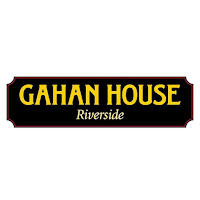 (Fredericton, NB) – Murphy Hospitality Group (MHG) has opened its fourth location of The Gahan House Restaurant and Brewery in Fredericton at 426 Queen Street in New Brunswick's capital city.
The restaurant features a 120 seat dining room, two seasonal outdoor patios and a 5 BBL DME brewing system. The restaurant will also feature an oyster bar with a variety of fresh, local oysters. The brewery is up and running with Spencer Gallant as brewer.
The Gahan brand, which was established in Charlottetown, PEI in 2000 also operates brewpubs in Charlottetown, PEI, Halifax, NS, and most recently Saint John, NB. A third New Brunswick location is slated to open in Moncton later this year.
Posted by Maritime Beer Report at 5:07 PM

(Fredericton, NB) - Picaroons Traditional Ales have released the 14th iteration of their Pivot series. This time they moved away from the big bang tropical and citrus hops and ventured into a melon territory using only two hops: Ekaunot and Huell Melon. Upfront there is a pleasant mild bitterness from the Ekaunot, followed by some honey dew, berry, and grassy notes before it winds down with a medium dry finish.

(Halifax, NS) - Stillwell Brewing will says to come by the brewery this Saturday, April 14th between 12:00  and 3:00 PM and Sunday between 12:00 and 3:00 PM for the release of GLOU.
Glou is a blend of barrel-aged saison and a sour foeder-aged beer, that were both brewed back in May 2017, to which Stillwell added New York muscat grape skins from Blomidon Estate Winery from near Canning, in Annapolis Valley for re-fermentation in oak. They say "Inspired by skin-contact wines, this beer is hugely aromatic, floral, woodsy & bright, with great acidity and tannic structure, and is, as we aim for all of our beers, complex yet highly drinkable".
Stillwell Brewing is in the red warehouse behind Propeller/Staples/7 Bays on Gottingen St.
Posted by Maritime Beer Report at 1:44 PM 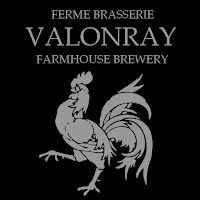 (MacDougall Settlement, NB) –  Valonray Farmhouse Brewery says "After almost a full year of hard work, we are proud to announce that will be opening our store front for direct sales" . They opened on Saturday at 749 MacDougall Road in MacDougall Settlement with five beers, Single, Pale, Blonde, Saison and Triple, that were all open-fermented and bottle-conditioned.
Valonray's aim is to offer Belgian style barrel-aged ales with ingredients used from local sources, with some ingredients grown directly on the premises with the goal of becoming an authentic Belgian style, farmhouse brewery within the next few years. Eventually they will expand to barrel aged sour beers, such as lambics and gueuze style ales, which can take years to develop and produce. They currently have four whiskey barrels and plans on doing a bourbon barrel triple soon. The tap room will be located on the premises with views of the hop fields which are on the farm of owner Philippe Fontaine, whose family has owned it for seven generations, and wife Allison Fontaine with an expected opening in the summer 2018.
The brewery is located just 5 km from the Northumberland Straight, 10 km from the tourist destination town of Shediac and 20 km from Moncton. They currently have hours for Friday and Saturday but say they will be expanded over the summer.
Watch for more updates on Valonray's Facebook page.

Thanks to Adam Jones for checking out the brewery and sending me the details.

Posted by Maritime Beer Report at 10:32 AM 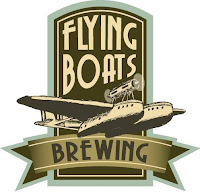 (Dieppe, NB) – Flying Boats Brewing has recently moved its production facility from his garage in Shediac to a modern 15 BBL facility at 700 Malenfant Blvd in Dieppe, New Brunswick's fourth largest city.
The brewery has been in operation at the new location for a over a month now and on the week end opened a taproom and retail store on location. On Saturday there were eight taps flowing for pints, 4 oz samplers and growler fills. There was Dixie Clipper IPA and Empress Irish Red Ale available in 473 ml cans with S-55 coming soon.
They have initially posted hours of  11:00 AM to 7:00 PM from Wednesday to Friday and 11:00 to 5:00 PM on Saturday. For more details check Flying Boats Facebook page.
Thanks to Jason Babineau for pictures and info from the opening

Posted by Maritime Beer Report at 10:04 AM