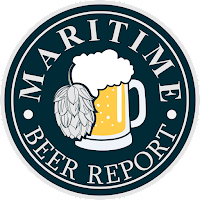 Hope all is well on this Friday the 13th, here is the news for this week.


Good Robot Brewing says today marks the return of Burban Legend APA v3.0, This version is dry-hopped with Citra and uses a California Ale yeast. The beer gives a Piney, Floral and Fruity aroma with a toasty, resiny, citrus and earthy flavour. The beer weighs in 5.9% ABV and 42 IBUs.
Staff members, Kelly and Erica, brewed a BetaBrew for release this Sunday at the taproom only. Scottish Spice Ginger Ale, an ode to their pre-teen redheaded female inspiration (Ginger spice of Spice Girls) and ancestral heritage, as well as the yeast used (Scottish ale).  They also used some locally-harvested sumac post-fermentation for a little lemony zing.
GRBCo is also hosting its popular Silent Reading on Tuesday and hosting In the Dead of Winter Festival from Wednesday to Friday where prominent musicians couple up for song circles at the taproom. They are ticketed events with details here. 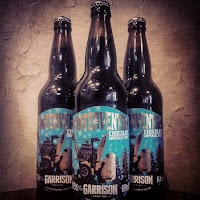 Garrison Brewing launched Wintervention Imperial Chocolate Stout today. Garrison says "It's that time of year again… 20˚ below, dark at 4 o'clock &  the holidays are over. Time for  a Wintervention! Fight back with this biggest of stouts brewed to Imperial strength & conditioned a month on cocoa nibs". The stout clocks in at 10.5% ABV and 60 IBUs. Available exclusively in the brewery and private stores beginning today with a  650ml bottle retailing for $8.95.

Breton Brewing is releasing Crazy Angus Double IPA next Friday, January 20th.The DIPA will be 7.4% ABV and 85 IBU's and is based on the Black Angus malt backbone and has a different schedule of hops while keeping the citrusy hop profile that people have come to love about the Black Angus IPA.

Brightwood Brewery released Portland St. Porter last week end at the Alderney Farmers Market. It is a 5.3% ABV and 31 IBU beer. Drop down and see them this week end.

Gahan House Halifax is having a home brew competition. To enter email kyle.jeppesen@murphyrestaurants.ca who will confirm your registration.  You will then produce a Trappist Single and submit 4 bottles to Gahan by March 10th, Brewers have free range in the beer but the judging will be in reference to the BJCP guidelines for the style.

This is Propeller Brewing’s 20th anniversary and with that they will put the Gottingen Street brewery tours and tap room tastings on hold for the next 8-10 weeks while the facility undergoes renovations. Grower fills and retail sales will still be available in the front room throughout the construction.
They also say beyond renovations to the bricks and mortar, Propeller’s 20th Anniversary year will be marked by a series of extra-special anniversary-worthy One-Hit-Wonder brews, a (slight) branding refresh, a line of limited-edition anniversary merchandise plus a party or two to celebrate 20 years of survival as an upstart local in a tough multi-national industry.

Sober Island Brewing is releasing a new Winter Rye shortly that will come in at 6.8% ABV with a rusty red colour. They say "This beer is full bodied, smooth and heavy on the malt. With a high Rye content it finishes off with a nice warm Rye bread spice character. Dangerously drinkable".
They also have a new British IPA out that has a complex malt character that compliments four different hop varieties to create a balanced 6.2% and 42 IBU brew.

Spindrift Brewing has a new Imperial Pils out. A blend of Canadian and German Pilsner malts make this is a deceivingly light looking lager packing a punch of 8.0% ABV and 70 IBU. Aromatics of melon, citrus and passion fruit are led by generous amounts of Hallertau Blanc, El Dorado and Citra hops. This is a draught only release.

This week Bier Markt starting advertising for staff in Halifax. If you are unaware of them, they are part of Cara and assert themselves as a European style brasserie with 150 beers from 30 countries. Also say all staff are Prud'homme Beer Certified so you should be able to get beer questions answered easily. This will be the third one outside of Ontario joining Montreal and St. John's. No details on the Halifax operation yet but I expect to see a large selection of Canadian and European beers on tap and a deep bottle selection. I also hope to see a lot of local independent craft producers of seasonal rotating taps. 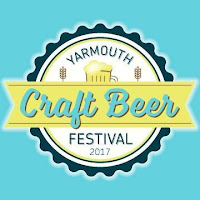 Yarmouth's First Craft Beer Festival will go on May 27th ant the Grand Hotel. Details a re a little thin right now but they say the festival will feature a variety of finely made craft beers and ciders, as well as delicious food, and live music. ​There is a website and tickets are now on sale.
How it will work is upon entry you will receive a commemorative tasting glass and 5 sampling tickets. Sampling tickets can be redeemed for beer and food samples. Additional sampling tickets can be purchased for $2 each, either during the event or when you buy your tickets online.
Nice to see a festival coming to that end of the province. Watch for updates.

Have a great week end and if you are in Halifax Stillwell is hosting Mikkeller Fest Part II tomorrow but whatever you do, enjoy responsibly.
Posted by Maritime Beer Report at 5:01 PM