News Release - Halifax Seaport BeerFest: Atlantic Canada’s largest beer festival is back for its 8th year, August 8 & 9. Tickets on sale this Friday at 10am! 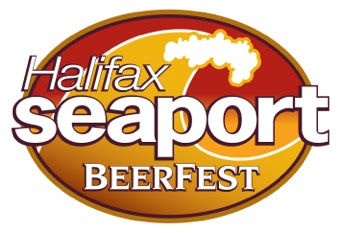 Tickets on sale this Friday at 10am!

This year the festival will showcase exclusively craft beers, premium imports and ciders. Over 275 unique brands from 110 participating breweries, representing the best from local producers, national and 15 other countries.

Attendees have three sessions to choose from. The first session is Friday evening from 7 p.m. - 9:30 p.m., the second is Saturday afternoon from 2 p.m. - 4:30 p.m., and the final isSaturday evening from 7 p.m. - 9:30 p.m. New this year, both Saturday sessions will offer a special VIP option. A limited number of festival-goers will enjoy a panel discussion and exclusive beer tasting with special guests and visiting brewers’ plus early access to the festival floor.

Local Maritime beer features prominently in this festival and this year will be no different. "Last year saw an explosion of new Nova Scotia craft brewers and all came out to sample and talk with attendees,” said Brian Titus, festival co-founder. "With upwards of 10 breweries slated to open in 2014 there should be plenty of new local beers."

New to the festival this year is the Cask Beer Pavilion. Seaport BeerFest is pleased to partner with Bar Stillwell and Ladies Beer League to profile the amazing world of Real Ale/Cask Beer. Local brewers will create unique and tasty cask-conditioned beers to be tapped on site.Once again, the Halifax Seaport BeerFest will profile a number of great beer regions and nations. The popular Irish Craft Beer Village will profile beers and ciders from some of Ireland’s best independent producers shipped direct from Dublin. Other great pavilions will include, Maine, Ontario and Quebec. There will also be an amazing selection of premium imports from Belgium, Germany, England and the Czech Republic.

This year, the event is proudly hosting two special beer guests. The first guest is
Nick Pashley, author of Notes on a Beermat: Drinking and Why It’s Necessary and Cheers: An Intemperate History of Beer in Canada. Born 13.6 miles from the Harveys Brewery in East Sussex, Pashley is a longtime member of the Campaign for Real Ale (UK). He is also a founding board member of Toronto Beer Week and CASK! Toronto, an organization bent on promoting cask-conditioned ale.

Well-known for his erudition and sardonic wit, Pashley has written comic material for Dave Broadfoot and three governor-generals. He has also written a humour column for the University of Toronto Bulletin for fifteen years. A long-time resident of Toronto and a connoisseur of pubs and publishing, he now devotes his time to hosting literary events and writing his next book.

The second special guest is Stephen Clinch, co-founder and co-owner of Trouble Brewing and part of the second wave of Irish craft breweries pushing the boundaries of beer in Ireland over the last five years. Started in 2010, Trouble Brewing produces diverse and interesting beer styles, many of which have not previously been produced in Ireland. Trouble Brewing moved locations in 2013, expanding its brewery and continuing to produce outstanding beer from only natural ingredients. His love for beer is matched only by his love for sport. If he is not in the pub, sampling the latest brew, he is in a park somewhere playing soccer.

Local food vendors will be on hand offering mouth-watering and beer-friendly cuisine, including the Waterfront Warehouse Restaurant & Oyster Bar, Stubborn Goat Gastropub and Bramoso Gourmet Pizzeria.  All food items are priced at $5 or less with gluten-free options available.

Tickets for the Halifax Seaport BeerFest go on sale this Friday, June 13 at 10 a.m. Tickets may be purchased at select NSLC locations throughout Nova Scotia. They may also be purchased through the Ticket Atlantic box office, by phone at 451-1221 (1-877-451-1221) and online at ticketatlantic.com/. All sessions are $45 per person in advance ($50 at the festival box office). VIP tickets (Saturday only) are $65 per person. Prices do not include tax and applicable surcharges.

New this year, a Festival Box Office at Cunard Centre will be open from noon until 10 p.m.on Friday and Saturday for cash sales only. Tickets at the onsite box office are limited as sessions do sell out.

The Halifax Seaport BeerFest welcomes back Prostate Cancer Canada Atlantic as the official festival charity, with a portion of net event proceeds helping to provide men and their families with support and information about prostate cancer. For more information, visit: prostatecancer.ca/

For full event details on the Halifax Seaport BeerFest, visit: seaportbeerfest.com/,like on Facebook: /HalifaxSeaportBeerFest and follow on Twitter: /@seaportbeerfest
Posted by Maritime Beer Report at 11:47 AM