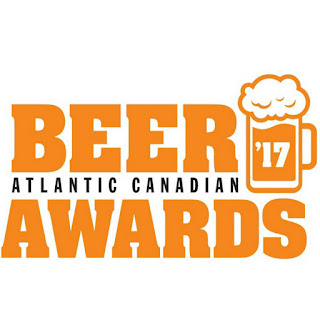 (Halifax,NS) - The fourth annual Atlantic Canadian Beer Awards were held on October 22nd in Halifax with a Gala and Dinner at The Stubborn Goat Gastropub. The judging of over 300 entries had taken place the previous week end on October 14th and 15th in Halifax.

Atllantic breweries and cideries shared the 42 medals awarded in 14 categories as well as seven special awards ( To see full medal counts see Table 1 and category details see Table 2). The People's Choice Award was garnered by an online survey from all the submitted beers and ciders.

The big winner of the evening was Big Spruce Brewing taking five medals and Brewery of the Year with Breton Brewing nabbing two gold medals and Beer of the Year or "Best of Show" with their Stirling Hefeweizen. Last but not least Paddy's Pub took Brewpub of the year.

The Cider House of the Year as well as a gold and bronze went to Chain Yard Urban Cidery and the Cider of the Year was awarded to Red Rover Craft Cider for their Fall Cider.

The People’s Choice for Beer and Cider went to Upstreet Craft Brewing for Go Devil grabbing the beer category and Yip Cider getting the cider category for their Original.

Posted by Maritime Beer Report at 12:33 AM